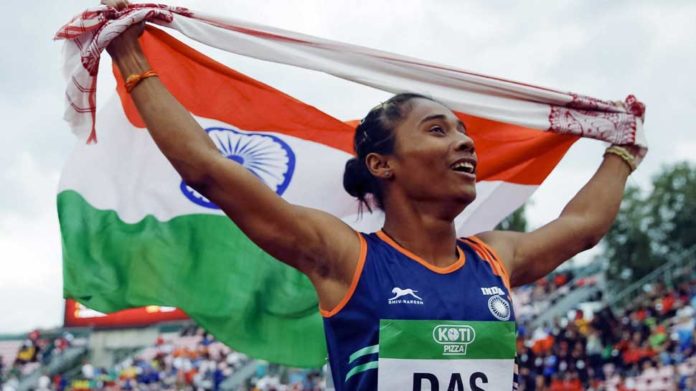 The daughter of a rice farmer from Dhing village in Nagaon district, she got India its first ever track gold at a global event by winning the 400 metre final at the World U20 Championships in Tampere, Finland.

Tense on the starting block, Hima started slow and trailed on the home stretch, but her blazing run in the final 80m, where she overtook three rivals, saw her clocking 51.46 seconds.

With this win, Hima joined an elite club of Indian athletes who have won medals at the World U20 Championships. But she is the only runner in a hall of fame that has throwers like Seema Punia (bronze, discus), Navjeet Kaur Dhillon (bronze, discus) and Neeraj Chopra (gold, javelin).

At the Gold Coast Commonwealth Games this April, Hima finished sixth at the 400m (51.32 seconds) and seventh at the 4x400m relay. However, her personal best at the 400m didn’t come in Tampere, but at the Inter State Championships at Guwahati this June where she clocked 51.13 seconds.

Her rise has been steady this year, with podium finishes at 100m, 200m, 400m and 4x400m relay at Patiala, Jakarta (for the Asian Games pre-tournament) and Guwahati.

Ahead of the Tampere 400m final, Hima cruised into the semi-final as the fastest qualifier overall, clocking 52.25s. She entered the women’s 400m final after winning the semi-final in 52.10s.

Prime Minister Narendra Modi too reached out to congratulate her. “India is delighted and proud of athlete Hima Das, who won a historic Gold in the 400m of World U20 Championships… This accomplishment will certainly inspire young athletes in the coming years,” he posted on Twitter. 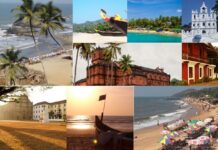 Discovering the Magic of Goa: History, Economy, and Culture

Unveiling the Beauty and Diversity of Kerala: History, Economy, and Culture

Exploring the Rich Legacy and Thriving Economy of Telangana